The more I write the more I read. It’s a cycle. One of the topics I see popping up all over is diversity in novels especially young adult. It has really made me think about how accepting am I really and what does being a tolerant person means. Scratch that. I HATE the word tolerant. It has a very negative vibe for me the word is accept. Let me try to explain.

A couple of weeks ago my family got a bit bigger. I got to meet a niece, E, that I never meet before and her partner, K. Best of all they came to Seattle to elope. They are both beautiful and wickedly smart and their love for each other was obvious. However they couldn’t get married in the state they live in due to the fact there home state doesn’t allow the freedom of marriage (but this isn’t what this blog post is about).

Before they came over my other niece, L, pulled me aside and and informed me that K isn’t refereed to as her or she. The words to us are their or they. That took a moment for me to wrap my head around. First all I could picture was my 8th grade English teacher standing over me with a ruler as she beat into us that days grammar lesson. It was hard to not automatically revert to he or she and I didn’t want to make they feel uncomfortable. 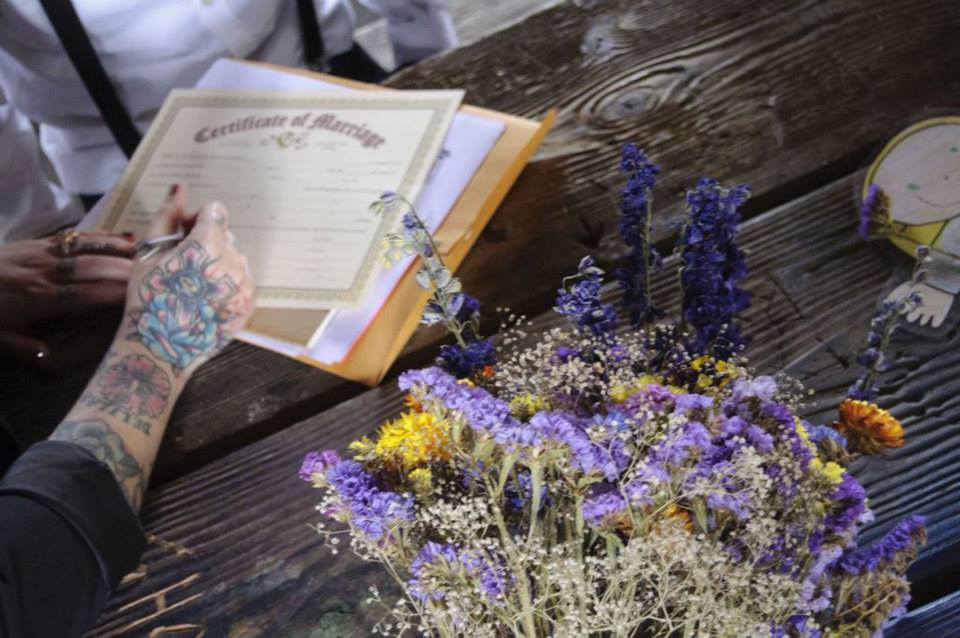 The other thing is that I’ve never been introduced to the notion of genderqueer. I’m familiar with those who don’t feel comfortable with the body they were born in and identify with the opposite gender. I’m familiar with people who want to remove labels or raise their kids gender neutral (after all my own daughter’s goal in life is to be a mermaid firefighter queen). However have no gender identify was new and a bit scary.

That was my question. Why was that scary? Mostly I didn’t want to offend their. I wanted to be accepting and open to my newest and very shy family member and love K for who their is.

I also just didn’t understand and it confronted me on several levels. Usually for me to accept things I try to understand them. See things from the other person’s shoes. I tried and genderqueer alludes me. Maybe it is my own attachment to my gender. Someone who doesn’t fit into the binary view of the world is someone who I can’t label. That is uncomfortable. I can’t put their neatly on a shelf and understand how to view their. K is a blank slate and that is scary, but in a way that is refreshing.

Then there was the jealousy. Oh, yes. You read that right. My religious beliefs teach that we grasp on to labels. The reality that we live in isn’t the ultimate reality. When you believe in the idea of rebirth you must also accept the fact that you will live in multiple bodies. The one I’m in now is just my current guesthouse so that labels that I place on myself in this life aren’t labels that I will carry on with me which ultimately makes them illusions. K doesn’t attach to the idea of being one gender over the other. I do. It made me look deeper at myself and lets face it sometimes that can get very uncomfortable. K was a reminder that I attach more to labels that I place on myself then their does. That’s what makes me jealous.

So how do you accept someone you don’t fully understand? I’m not sure, but I’m starting to see that maybe I don’t need to understand to accept. Maybe accepting means something a bit more then I originally thought. Maybe it means that I face what is uncomfortable and love anyway and understanding will come later. And if it doesn’t? Well, my love for K wont change.

I know K walks a difficult road in a society that is still trying to get a grasp on LGBT community. K will have challenges that I could never image just because their doesn’t live within the limits that we place on ourselves. However there is a freedom in that.

Have you been in a position where you didn’t know how to accept someone? How did you handle that?